What is in a name?

I have always appreciated O'Reilly's colophon describing the creature on the cover of each book. It was always my intention to have something similar for Sculpin. At long last, here is the story behind the name Sculpin and Jackson, Sculpin's mascot.

I met Rebekah Simensen, aka ninjagrl, back in 2007. I owned an art gallery in Seattle, WA, and was looking for new artists to show. She lived in Chicago and was posting her artwork to Flickr. It caught my eye so I contacted her to see about getting her work into our space.

Fast-forward several years and she finds herself in Seattle as well. Her love for animals (and especially creatures of the sea) led her to volunteer at the Seattle Aquarium. In doing so, she learned so much more about the fish, birds, and other marine animals of the Pacific Northwest. And I learned a bit by osmosis.

We were married in June of 2009 and we went to Newport Oregon for our honeymoon. For as long as I had lived in Seattle and for as many times as I had visited the Seattle Aquarium, I had never spent much time at the ocean. Nothing prepared me for exploring an actual tide pool in person.

It was amazing. So much life. The longer I stared into each little pocket of trapped water the more life I saw. I was particularly fond of the sculpin darting around.

When I started down the path of creating the project that would eventually be named Sculpin, I considered names and branding. I find that this exercise motivates me. Visualizing the end product helps me stay focused on goals and direction.

I liked the mascots for projects kicked out by SensioLabs. I thought about coming up with a more functional name for my static-site generator but the pull to having something that could sport a friendly mascot was too strong. Among the ideas I came up with, Sculpin was my favorite by far. And it fell nicely in line with another idea I had been thinking about.

I wanted to collaborate with Bec and integrate some of her work into my software projects. She painted tons of sea creatures so I thought that creating a sculpin to use as a mascot would be a great fit.

I severely underestimated how simple it would be. The conversation went something like this:

"Hey! Could you paint me a fish for a mascot for a project I've been thinking about? Something like that one there on your painting table?"

"How about you just use that one?" 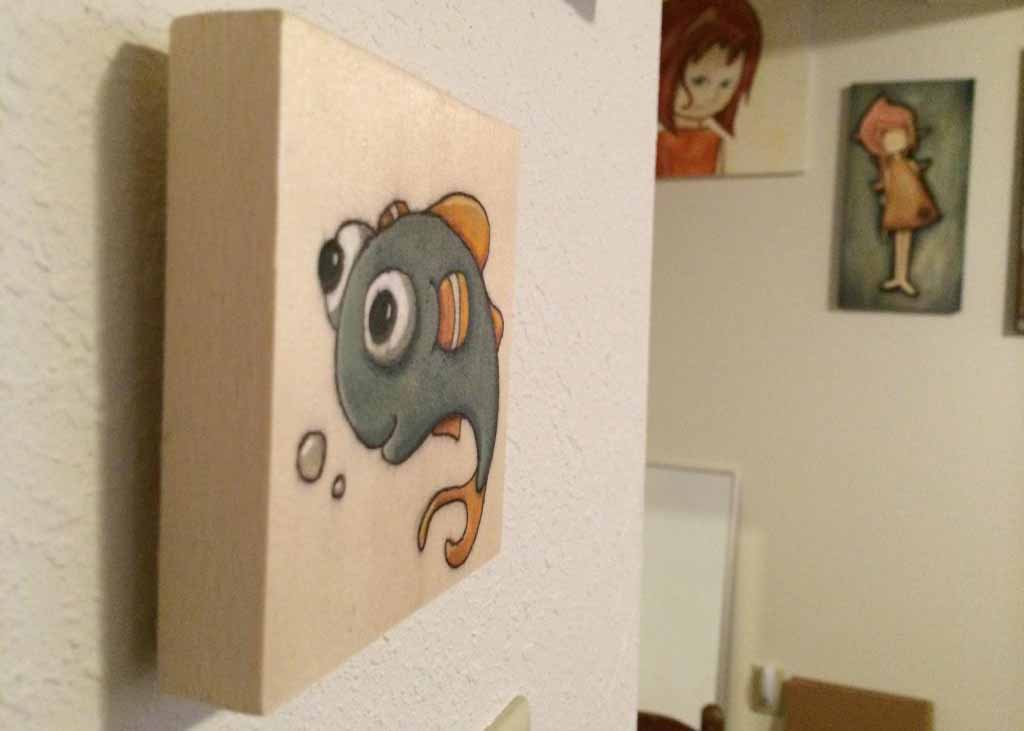 Jackson doesn't look like a sculpin. Truth be told, a sculpin is not very pretty. Making something look simple and friendly but still being "distinctively a sculpin" would have been more trouble than it was worth.

At the same time, I didn't want it to look too much like a fish that people would recognize. For example, if I had chosen something that looked obviously like a clownfish or a blue tang I do not think it would have worked. 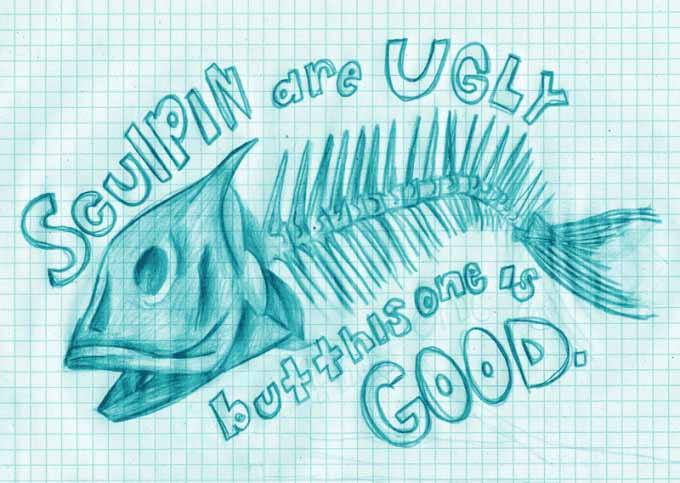 One of the earliest blog posts on Sculpin, written by Ashley Cyborski of Palantir.net, included a nice drawing stating, "Sculpin are UGLY but this one is GOOD."

Seeing that post validated my thoughts on the name and choice in mascot. Choosing a simpler character was going to be better than having something that more closely resembled an actual sculpin.

There is at least one other product out there that uses a more realistic sculpin for branding: Sculpin IPA.

About the only time I am ever asked about Sculpin's name is soon after someone sees Sculpin IPA in the wild. Some variation of, "I just realized why Sculpin has a fish as its mascot!" or, "Is this where you got the name for Sculpin?" accompanied by a photo like this one: 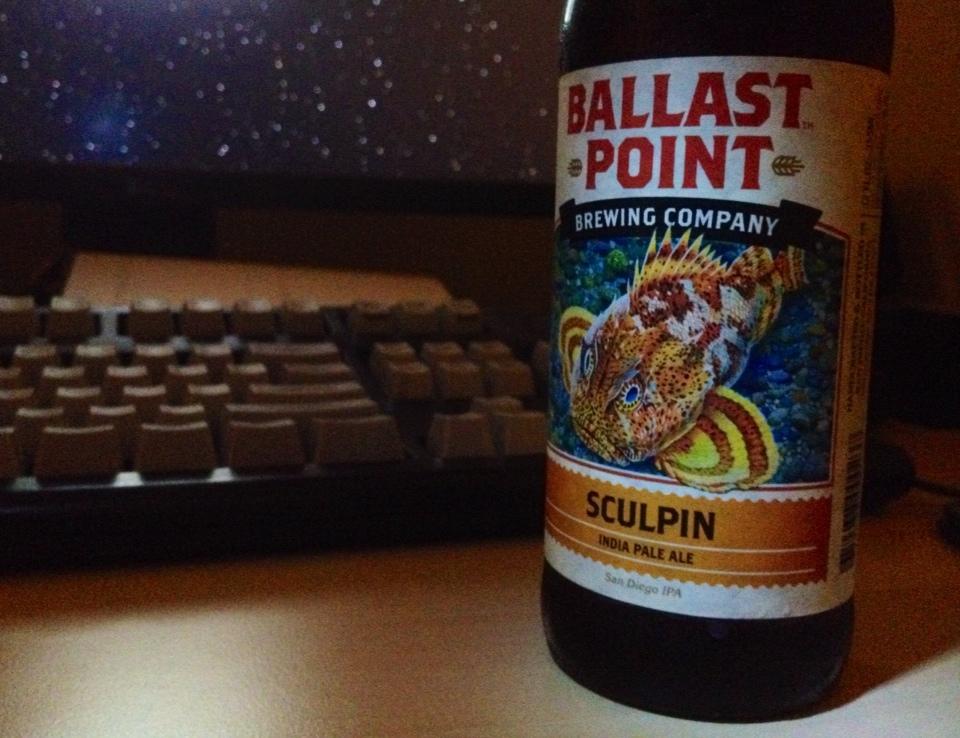 I can see how this assumption could be made, especially given the Sculpin IPA bottle also sports a fish. But nope. Sculpin the static-site generator and Sculpin the beer both both have fish in their branding because they are both named after a fish.

If you want to learn more about sculpin, the sculpin Wikipedia entry has some useful information.

If you want to buy an art print of Jackson, head over to ninjagrl's store and order one today!